Proceeds from the donations will be sent to the National Parks Foundation and aid in its mission to protect national parks. In order to garner support, Apple will encourage users to engage with curated content on Apple Maps and Apple Podcasts.

Despite the initiative’s positive undertones, the company will be capping its donation once it hits $1 million (or 100,000 purchases), which falls in line with years past.

“America’s national parks are a gift we share,” said Will Shafroth, the National Park Foundation’s president and CEO, in Apple’s press release. “Apple’s partnership and generous commitment help to ensure that all people see themselves in national parks and feel welcome in these places that belong to all of us.” 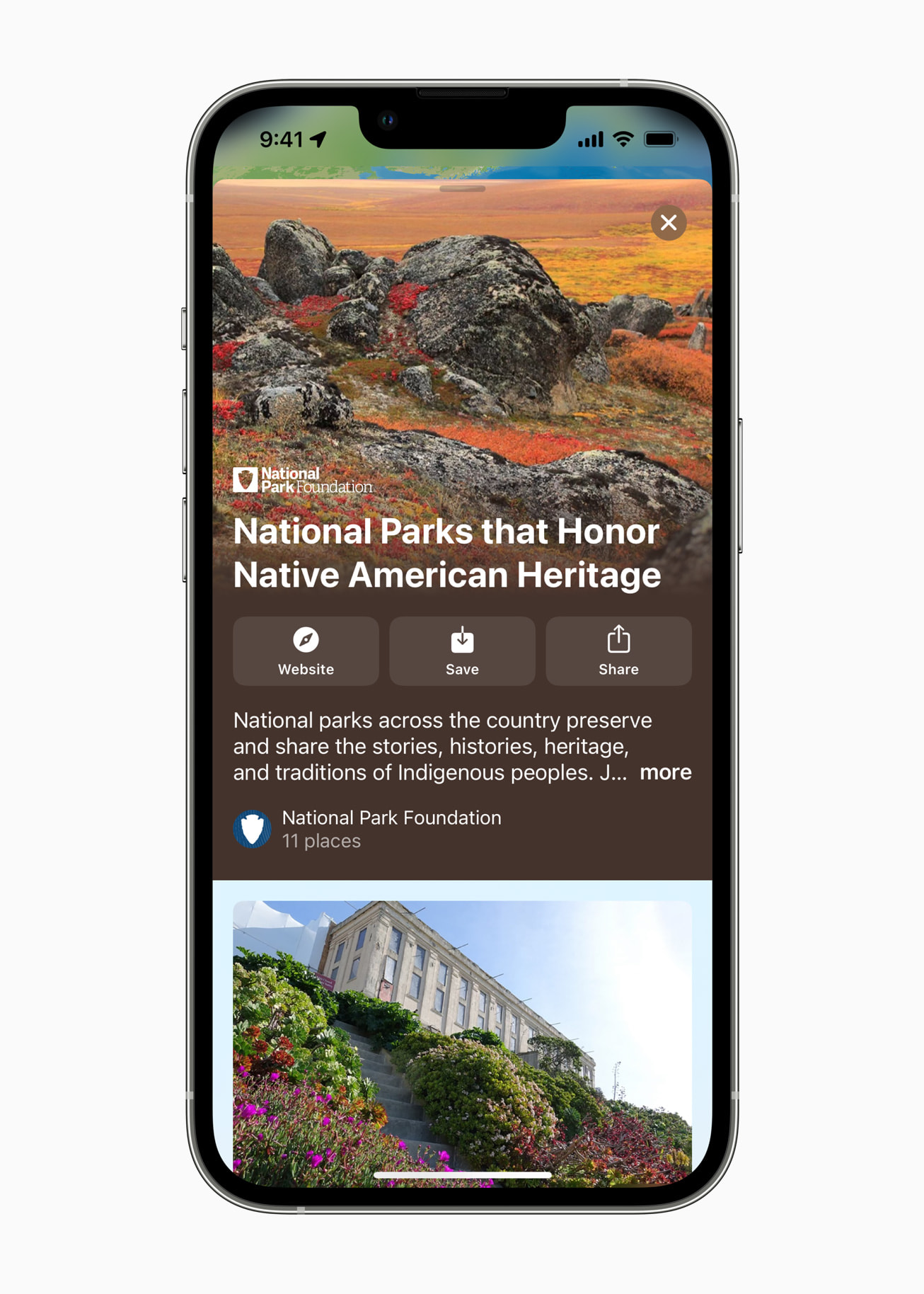 National Parks-focused content on Apple Maps and Apple Podcasts, this year, is centering on Indigenous peoples and their mark on the nation. For example, Apple Maps users can find a list of national parks curated by the National Park Foundation in the app’s “Guides We Love” section. The parks include those that highlight Native history and heritage, Apple says, like those that were the ancestral lands for many Indigenous nations, or where remnants of their settlements can be found.

The listings include photos, operating hours, distance, and a description of what you can expect to find at the park. A link to the National Park Foundation’s website lets you learn about the park in more detail.

Although Apple wants users to engage with this content, its own National Parks podcast has not dropped a new episode since March 2022. However, the company did compile a list of podcasts featuring Native voices in light of today’s announcement.

In addition to this news, Apple Watch users are being encouraged to participate in a new activity challenge held on August 27. Users completing a hike, walk, run or wheelchair workout that is at least equivalent to one mile will earn a virtual achievement and sticker inspired by national parks — though there is no need to actually be in a national park to gain this digital reward.

“We’re proud to partner with the organizations and communities who maintain our parks, educate us about their history, and share them with the world. These treasures are well worth protecting, today and for every generation to come,” said Apple CEO Tim Cook, in a statement.

The company also took time to highlight last year’s donation, though it did not provide a figure. According to the company, donations allowed Indigenous youth to attend service corps programs at national parks and provided continued support for the Leaders of Color service corps crew, a BIPOC conservationist group.

In an EV world, Lamborghini knows it can’t rely on power alone

Manchin’s ultimatum may turn the US into a battery powerhouse