May Mobility aims for fully driverless autonomous shuttles by 2023

May Mobility, a Michigan-based autonomous ride-hail and shuttle startup, says its most recent round — a $111 million Series C — will help it get to driver-out operations in 2023.

To advance its technology and scale its commercial efforts, the company intends to use the funding to triple corporate headcount, particularly in engineering. May will also use the fresh capital to increase the number of vehicle deployments in the U.S. and Japan, a spokesperson for the startup told TechCrunch.

May originally announced an initial closing of a $83 million Series C in January, which was led by Mirai Creation Fund II and included Tokio Marine, Toyota Tsusho, Bridgestone Americas, as well as returning investors like Toyota Ventures and LG Technology Ventures. New investors to the round include SoftBank, State Farm Ventures, Next Century Ventures, SAIC, Wanxiang, Karma and 10x Group. Together, they bring May’s total funding to $194 million.

The company currently operates low-speed AVs designed to augment public transportation in five cities — Arlington, Ann Arbor, Grand Rapids, Fishers and Hiroshima, Japan. In Ann Arbor, May’s hometown, the startup has been testing and demonstrating Toyota’s Sienna Autono-MaaS (S-AM) vehicles, which have been modified to serve as a vehicle platform compatible with third-party autonomous driving kits and sensors. May has 20 S-AMs in its fleet, most of which are in Ann Arbor. 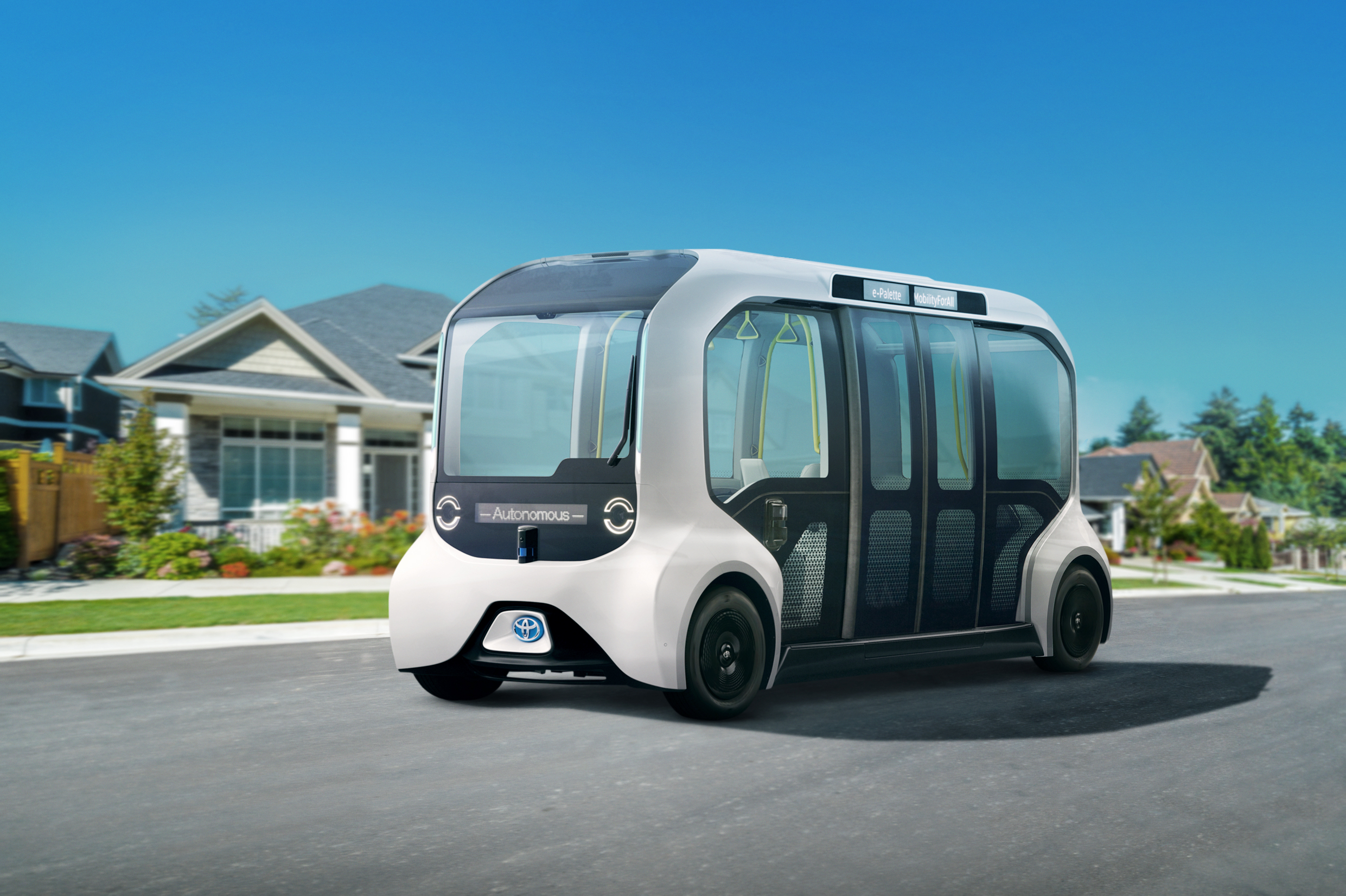 A concept rendering of a Toyota e-Palette prototype, a next generation mobility platform on which May Mobility is starting preliminary development to integrate the company’s autonomous driving kit. Image Credit: May Mobility

Alongside its funding announcement, May says it is aiming for other deployments of S-AM vehicles in late 2022. May’s first public deployment is set to launch this fall in a new U.S.-based market that May has not yet formally announced, according to the company.

Within the next year, May hopes to begin S-AM launches internationally, first in Japan, and then in other markets, a spokesperson told TechCrunch.

May recently ended a pilot operating a shuttle service along a fixed route at Hiroshima University’s campus. The company is also working with SoftBank and MONET Technologies, a joint venture between Toyota and Softbank dedicated to on-demand transportation, to conduct AV trials using S-AMs around the Takeshiba district of Tokyo later this year.

May Mobility, which is backed by Toyota, says it has also begun initial development work to incorporate its autonomous driving kit onto the Japanese automaker’s e-Palette, a battery electric vehicle platform designed specifically for mobility-as-a-service applications — and certainly has more of the look of an autonomous shuttle than the Sienna minivans. Testing will be conducted at May’s Ann Arbor office, the company said, but did not provide information on when that testing will take place, or any other timelines on potential deployment.