Loyalty, deals and rewards services are a rarity in most African markets. The unit economics and other factors such as currency instability make such businesses hard to pull off in the region.

Yet, ThankUCash, a platform launched in 2018 by Connected Analytics, has managed to thrive, proving that not all is gloom in the deals, coupon and rewards business. And to that end, the startup, which announced an undisclosed seven-figure seed last year, has finally closed the round at $5.3 million.

The company plans to use the investment to expand within its home market Nigeria — where it operates in Lagos, Port Harcourt and Abuja — and outside to Ghana and Kenya. It also wants to improve its product offerings and add more staff.

For years, store-like businesses in Nigeria such as supermarkets and restaurants have operated offline, relying on bookkeeping and head knowledge to record their customers’ activities in their shops. This made it difficult to offer cash back and loyalty points to customers.

Online platforms like ThankUCash present these merchants with an opportunity to delve into rewards and help them retain loyalty and increase revenue.

The multi-merchant rewards platform (which means customers can hop on from one merchant to another to earn loyalty points in another) allows customers to earn rewards anytime they shop with thousands of merchants listed on its app.

The business raised a $320,000 pre-seed after grabbing the attention of accelerators such as 500 Startups, Google Launchpad and other local investors like Microtraction and Ventures Platform.

Up until this point, ThankUCash said it has recorded over 600,000 users and onboarded over 1,000 stores on its platform. Also, it claims to have processed over $80 million in transaction volume.

Having matured as a business, Ononobi and his team want to take on a more complicated task: building infrastructure for companies that want to offer akin services.

“We are creating solutions that help SMEs succeed while increasing consumer buying power and opportunities. We want to build an infrastructure for rewards, loyalty, deals, buy now, pay later, cashback,” he said to TechCrunch on a call.

“Cashback was our low hanging fruit and an entry point. We’re still going to go into deals, couponing, gift cards, buy now, pay later, anything that will help the business grow, but at the same time, allowing the consumer increase in opportunities of buying.”

Ononobi, a serial entrepreneur who previously built a payments company and also apps for Nigerian banks and the government, reckons that ThankUCash will do to rewards the same thing Flutterwave and Paystack did to payments in Africa.

Some companies such as banks have launched cashback programs via debit cards to users in the past. But most of them have been generally inefficient, from setup down to collections and redeeming of points, and Ononobi argues that their inefficiencies boil down to no technical support. ThankUCash sees a gold mine to provide plugins banks and fintechs can tap into to offer cashback and rewards. 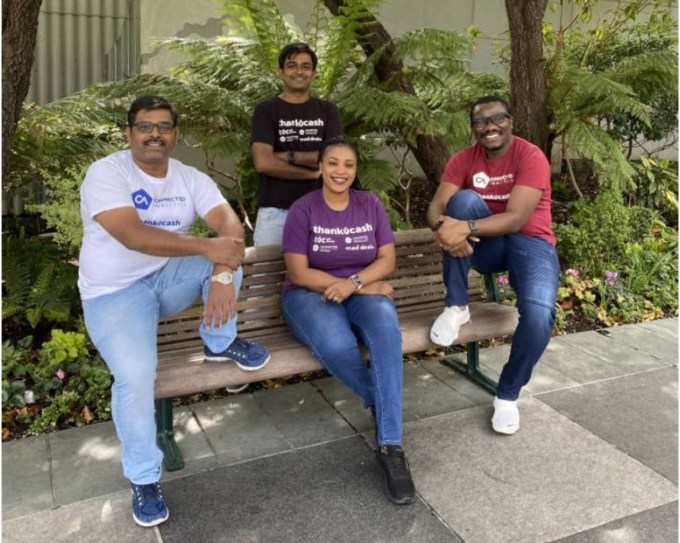 The bit about buy now, pay later is fuzzy now since only a handful of prominent BNPL services in Africa. However, the company seems to be positioning itself for the imminent proliferation of such services buoyed by similar happenings globally where buy now, pay later services have seen an uptake as a result of pandemic-induced consumer behaviour.

“The technology is such that we have our machines in stores. So as customers request loans, we generate a code for it, customers input it into the POS machine and the merchant gets credited directly. The code can only be used in the store chosen and only for the loan amount requested, such that at the end of the day the customer is buying straight from the merchants,” explained the founder, who also mentioned that his startup might venture into offering buy now, pay later services itself in the future.

ThankUCash’s consumer-facing platform will remain operational. But to set the infrastructure play in motion, it has signed a partnership with payments company Interswitch to onboard its merchants.

The company, which is also in the process of making integrations with payments gateways, said a couple of bank partnerships are in its pipeline.

In terms of how ThankUCash makes money, merchants pay the company a fee on every purchase made in their stores. For instance, ThankUCash gets a 1.5% commission for every customer it brings into the store to redeem a 5% cashback item. The Lagos-based company also takes commissions for deals and plans to charge a “heavy onboarding fee” for businesses that want to use its APIs for its services, including buy now, pay later.

ThankUCash has perfected one offering: the cashback product where merchants can get more walk-in customers. It’s improving the deals category, allowing merchants to sell products fast (by hiring ex-managers of DealDey, a Nigerian defunct deals company). And while currently building out its buy now pay later infrastructure (which gives businesses a chance to sell products regardless of whether customers have money or not), ThankUCash plans to add a fourth offering soon: a remittance product where merchants can sell directly to the diaspora.

The chief executive doesn’t give details about this product. Meanwhile, its investors, who have doubled down while privy to information like this, are enthused about “the continued evolution of the company”, a remark made by Amit Bhatti, the principal at co-lead investor 500 Global.

“Since going through 500 Global’s accelerator in 2019, we’ve been impressed by Simeon and the ThankUCash team’s progress in implementing a rewards system that works for Nigerian consumers, regardless of cash or credit or online or offline payment,” said the principal. “It’s a win-win for businesses and banks, too, as TUC gives them the tools and data they need to grow.”

The 45-man team has hired Aaron Tindiseega to lead its expansion into Kenya and the eastern Africa region. The Ugandan professional has experience working for banks and tech companies like Uber, Standard Chartered Bank and Stanbic IBTC. For its expansion into Ghana, Kiki Anku, who has worked at Apple and a couple of startups, will spearhead the task.