When brands sell through social media and other third-parties, they often spend millions of dollars to advertise on those platforms, yet have little or no knowledge of who their customers actually are. Social commerce startup Social Chat is out to change that.

Frost Li, the former head of growth at Wish, founded the company in May to create software that leverages machine learning and artificial intelligence for personalization, recommendations and live customer service — all to enable brands to convert lost social engagement into revenue and customer acquisition without having to rely on a big engineering team.

“While at Wish, we learned that to offer the right shopping experience, you had to do absolute personalization,” Li told TechCrunch. “That was done with machine learning engineers, but when I left Wish and was advising brands, I found that what we had at Wish was rare. People were doing things manually and could not do personalization as much as a result.”

She aims to mimic the customer experience you might receive in-store working with a favorite salesperson, but in the digital world, and allow consumers to purchase and transact during the social events, she added.

Can social and e-commerce transform the future of the open web?

Li believes that social commerce should be the standard for every store, and it may very well be soon. Earlier this year, Grand View Research reported that the global social commerce market was forecasted to reach $3.4 trillion by 2028 from growing annually by over 28% between now and then.

“Online shopping is very transactional right now, but we help construct, over time, a long-term relationship through social interaction with customers,” she added. 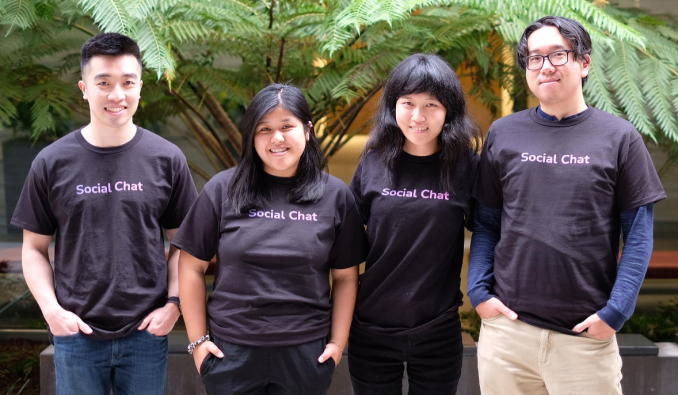 Edith Yeung, partner at Race Capital, says the future of shopping will be social — children are watching less television and more TikTok, so brands need to take control of their data so they don’t lose their audience to another platform.

“What Frost is doing is giving power back to the brands so that they can shift customers back to their own websites to convert them to sales, that is why Shopify is doing so well,” she added. “Facebook is trying to get people to trust them again, but companies are still at their mercy to keep paying millions, but they don’t know who their customers are.”

Meanwhile, Social Chat previously raised $2 million for a total of $8 million and will use the funding to hire more AI and ML engineers to expand its product offerings.

Though it is a fairly new company and too early to see concrete growth metrics, Social Chat is already working with customers like HTC and 10 other brands and seeing some early traction.

As Li watches the social commerce market grow into a multitrillion-dollar market and the technical part of tracking going away, it will provide the company an opportunity to scale and solve problems for its users.

“We are differentiating ourselves with the AI play so that you can see value, but don’t have to keep paying Facebook to keep your users,” she said. “When Google gets rid of the cookies, it is going to be crazy: you will have to really own the first-party data to communicate with users, or you will lose visibility.”

Predicting the next wave of Southeast Asia tech giants

Creadev seasons Salted with new funding for its QSR brands